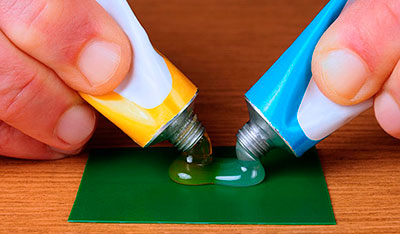 Adhesives  can  be defined as  social substances capable to join permanently  to surfaces,  by an adhesive  process.  This process  involves  two  dissimilar  bodies  being  held  in  intimate  contact  such  that  mechanical  force or work can be transferred across the interface. The focus is on the new generation of adhesives, based on modern technologies such as nanotechnology, derivatised polymers,  and biomimetic adhesives. Besides their role in the adhesion process, they can be used  for  other  purposes, such  as  sealing  agents, in order to eliminate  the effect of self-loosening caused by dynamic loads, sealing of areas to prevent oxidation and corrosion, waterproofing, etc.

Bio – based materials are attracting more and more attention in all fields due to their improved environmental footprint and  due  to  the independence  from  petroleum  resources  that  comes  with  their  use.This  is also  true in the field of adhesives,  where   renewable   materials    from  biopolymers   to   monomers   derived  from  renewable  resources  are increasingly investigated.

There are several ways in which renewable materials can be introduced into adhesives. The most obvious route is to use natural  products,  i.e.  biopolymers  such as proteins, that already have adhesive characteristics. A second possibility is to use building blocks or monomers that can be derived from renewable sources,  and  combine  them to make polymers  closely resembling synthetic adhesives. While this route requires initially more efforts to generate the necessary structures, it presents a much easier drop-in solution at the application end as similar equipment can be used for the processing, and formulation components can remain largely unchanged. Lastly, bio-based materials can be introduced as additives into synthetic adhesive formulations.

The  primary drive for the introduction of biobased materials has been their positive impact on climate change. While this has to be verified on a product to product basis for example through life cycle  analyses,  it can be said in general that bio-based materials do not contribute to the depletion of fossil fuels and that, prior to processing. Their environmental benefits, however,  go beyond  these  factors to their comparative toxicity to humans and the environment and to their biodegradability. Both are attractive features for adhesives, not only due to  sustainability,  but also because lower toxicity and higher biodegradability can increase product appeal and lower costs associated with health, safety and environmental regulations.